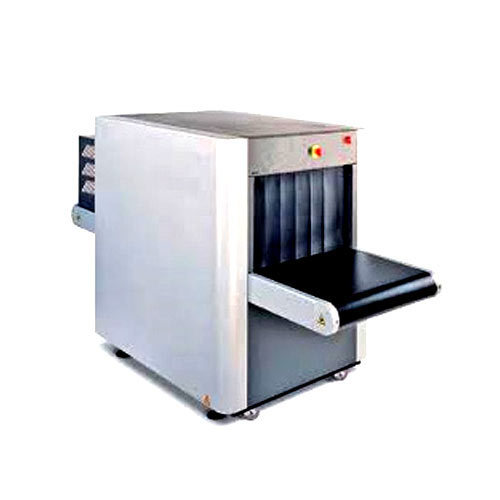 Security screenings at airports are designed to prevent dangerous goods and passengers from arriving at their destinations in harm's way. As a consequence, at the gate area, all passengers walk through metal detectors and both checked-in and hand baggage are scanned via a security x-ray baggage luggage scanner.

Scanning technology is based on X-rays

As seen by passengers, X-ray scanners look like a boxy tunnel and conveyor belt that moves luggage through the tunnel. An X-ray scan is performed inside the luggage box. This is possible because different materials can be penetrated by X-rays in different ways.

Lead-lined tubes create X-rays in the machine. The X-rays are directed into the tunnel through a narrow, one-centimeter-wide gap in the lead lining. In the X-ray tunnel, the conveyor belt carries items to the X-ray beam, and a detector measures the radiation penetrated by scanned items on the opposite side of the tunnel. Radiation is absorbed most by dense substances, such as lead, blocking the progression of X-rays.

Black-and-white images were the norm for X-rays in the past. A computer attached to a scanner produces an image that shows various materials in different colors.

The color orange is common to organic substances like wood, water, plastic, and textiles. Blue is the color of inorganic matter, such as metals.

It appears darker on the computer screen when the density or thickness of the substance is higher on the X-rays' way. Dense objects appear black when the radiation cannot pass through them.

Images have become sharper and scanning has become more efficient as technology has developed. The content of baggage can be seen better when images are modified.

Radiation is emitted from a CT scanner at high speed as it rotates around the scanned item, and the images can be created in three dimensions. An automated CT scanner can scan 800 bags per hour.

No harm to people or baggage from radiation

During a scan, an item is exposed to a radiation dose of around one microsievert, which is comparable to a flight at ten kilometers altitude exposing you to cosmic background radiation.

There is a slim possibility of damage to the highly sensitive photographic or cinematographic film. The ASA-rated film should be packed in your hand luggage and made known to security officials before the screening. No damage will be caused to ordinary film by the scanner.

Under what circumstances are bags opened after scanning?

There are times when security officers want to inspect your luggage more closely. What is the process for deciding when a scanned bag should be opened for inspection?

The main decision about whether to open a bag is made by the security officer monitoring the scanning, but automation also has a role to play. A bag will be opened if anything unidentified or forbidden is detected in the scannerd image by the computer or the officer.

Increasing security requires random checks of a certain percentage of luggage. By selecting random inspections automatically, even security officers will not know who has luggage being examined.